Tomaru are one of several breeds of "long crowing" chickens 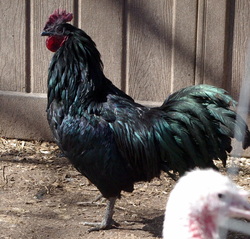 young Tomaru Long Crowers
Well, one of the first things I've noticed, black birds are really hard to photograph!
That being said..I'm really enjoying these birds. While a little on the flighty side, they are fairly friendly at feeding time.  My husband insists they look like a flock of crows, but as the roosters' tails started growing longer, and they started crowing, he appreciates them more. One thing I have noticed, they crow less than any of my other roosters.   Also, while their crow is longer, its a nicer tone and less annoying than the other breeds... and not as loud.  When I mention this breed, the first reaction people have is "I don't need anything that crows more than what I've got".  Soooo, if you are considering this breed at all, please understand that will NOT be a problem.

These guys are hard to hatch.  I haven't really sold any hatching eggs from them yet, as I haven't had great hatch rates even here at home.  A lot of early quitters during incubation.  They are great foragers and free ranging seemed to improve fertility and hatch rates.  All of my hens did go broody this year and hatched out  babies of their own.  They were good mothers, shared parenting duties and did not fight over the babies. One of my hens even died protecting her chicks from a hawk, she was very brave and sacrificed herself to protect them. They also were willing to sit on older turkey poults helping the keep them warm and happy.  They are the sweetest, calmest chickens I own.  The roosters are very polite and docile - which is a problem if you have other roos as they are easily bullied.

Per Wikipedia: The Tomaru 唐丸 is a breed of long crowing chicken said to have originated in China during the T'ang Dynasty, 618-907 AD. The first kanji character in its name, 唐 Tou, is the Japanese term for the Chinese T'ang Dynasty. It was refined in Japan and today is accepted as a Japanese breed. It appears in a single variety with black plumage and is best known for its exceptionally long, musical crow, which can be sustained for up to 25 seconds. This is the baritone of the Japanese Long Crowers. I have read that the US version usually maxes out at about a 10 second crow.
They have a two-toned crow and it deeps as it nears the end of the crow.  There are several youtube videos of them crowing.  I hope to get one on here, but it can be up to 2 years before they develop their maximum crow.  I wonder if mine will crow longer if I put them on a treadmill to develop lung capacity? 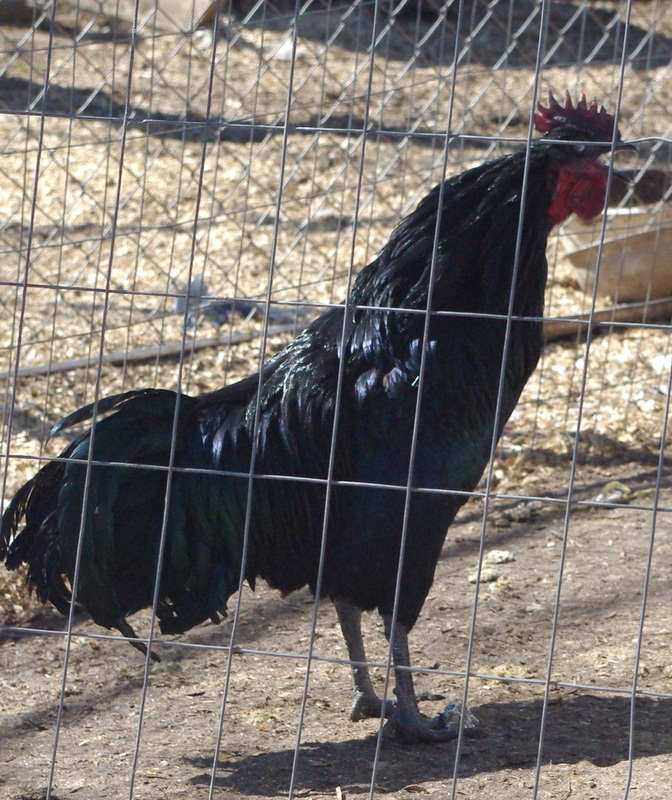 Tomaru Rooster - Caught in the act of crowing 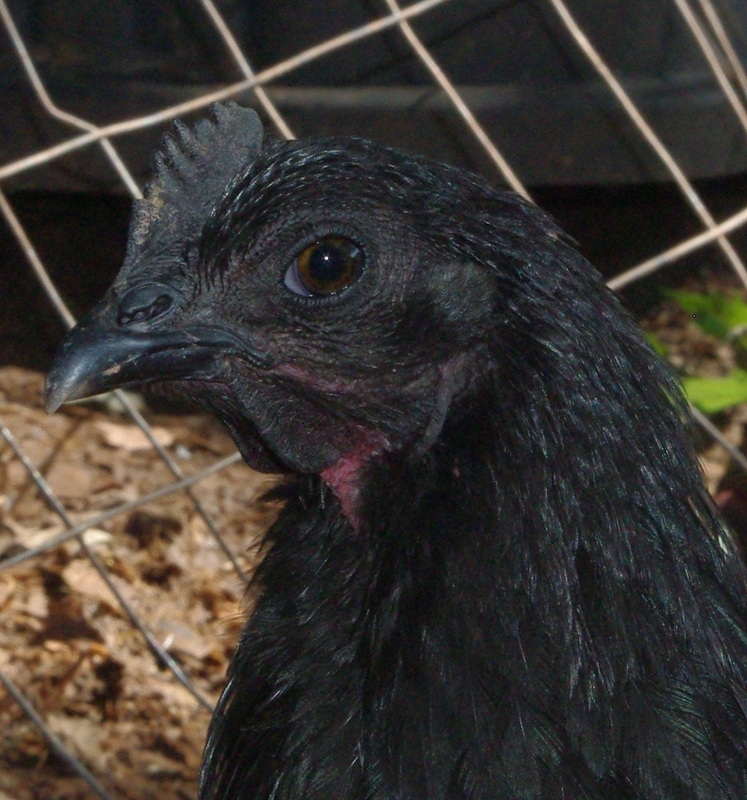 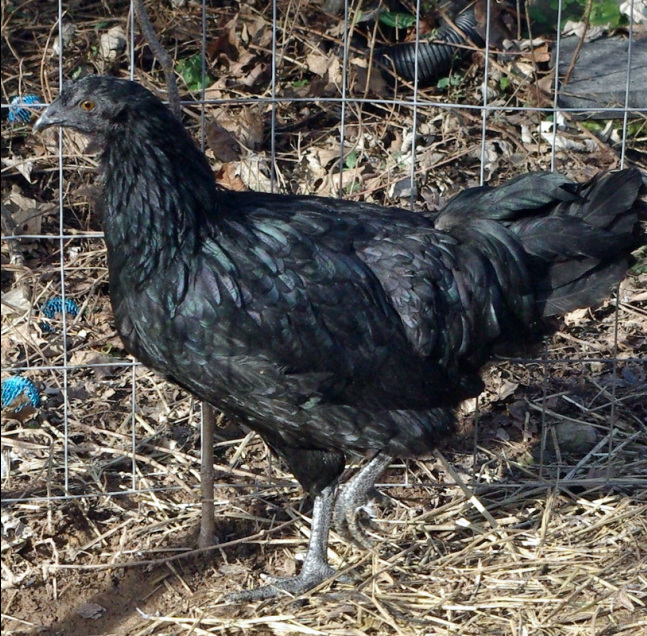 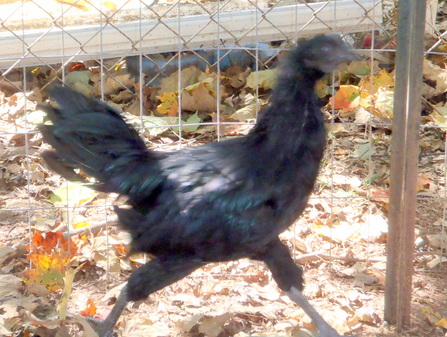